My thanks to fellow author Dean Robertson for this guest contribution that first appeared in its entirety on her site in December, 2016. This was a book I loved as well… Dean’s thoughtful review speaks volumes! 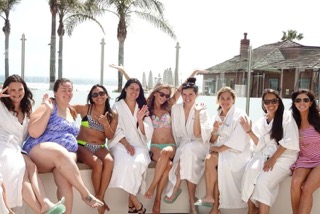 A more unlikely group of healers you couldn’t ask for. There they are, laughing and lounging at a luxury hotel in Southern California, where they have come from all over the country for a few days of rest and rejuvenation that they badly need and have certainly earned…

Another photograph, which Ms. McNally sent me earlier in the week, reminds me of a similar image featured on my review of a very different kind of book,

Ameera Unveiled, a thinly disguised autobiographical novel written by a woman, raised in a fundamentalist Christian denomination and forbidden–among other things–to dance. The author, Kat Varn, by the time of the events she narrates, happily married to her “soul mate,” signs up for a belly dancing class and ends up a member of a dance troupe that travels all over the country and beyond. The review, Kathleen Varn, Unveiled, was published here on April 3 of this year. The image is still lovely. It is, like McNally’s photograph from one of her SPA weekends, an image of women together, enjoying, appreciating, and supporting one another and themselves. It is a poignant reminder that women need, and seldom receive, either pleasure, support, or appreciation.

SPA is McNally’s acronym for Support, Purpose, and Appreciation, which is exactly what women provide one another at these twice-yearly gatherings–halving their nearly unbearable burdens by sharing them, even if just for a day. The Barbara K. McNally Foundation, which sponsors these retreats, receives over 300 applications for only 30 slots. Increasing the capacity and serving even more women is one of Barbara’s goals. I have no doubt it will happen.

Ms. McNally’s book, Wounded Warrior, Wounded Wife: Not Just Surviving but Thriving is tied to her retreats, and it is tempting to focus on those small groups of women having the time and space for spa treatments and poolside lunches, but perhaps the most important relief both the SPA weekends and the book offer is the ancient dynamic of telling and hearing stories.

Essayist, Joan Didion, wrote, “We tell ourselves stories in order to live”
(Joan Didion, The White Album) and novelist and theologian, Reynolds Price, declared in his volume of stories from the Bible, “A need to tell and hear stories is essential to the species Homo Sapiens—second in necessity apparently after nourishment and before love and shelter. Millions survive without love or home, almost none in silence … and the sound of story is the dominant sound of our lives”
(Reynolds Price, A Palpable God).

In the Preface to Wounded Warrior, McNally writes, “Each woman has a compelling story about how her life has changed since her husband returned home and where that journey has taken her. Over the past eight years, I’ve heard those stories twice a year” 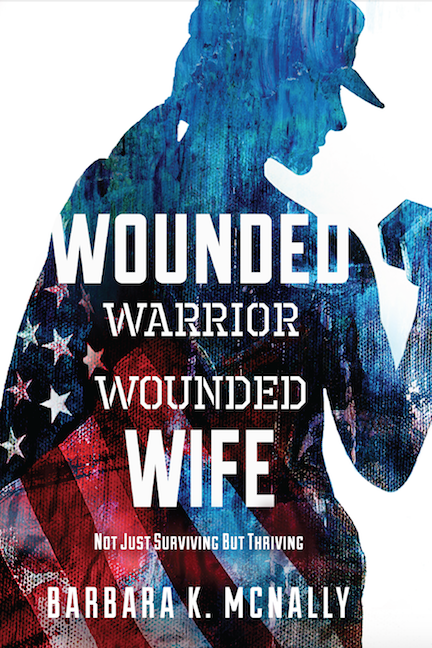 The final chapter of Wounded Warrior is titled, “The Healing Power of Storytelling,” and McNally writes clearly about the pain and the ultimate rewards of any kind of healing. The honest telling of our stories is never easy.

McNally’s isn’t a new topic, of course. Women left behind while their men go off to war, women nursing those damaged men back to a semblance of health when they return from their battlefields, is nearly as old a subject as war itself.

But somehow, even as wartime posters tout their strengths, women have always been a footnote to those violent conflicts that shape nations, their courage and persistence something more or less expected of them. It is seldom acknowledged that the strength of women is called on, not only to take care of our warriors, but to guard carefully the most dreadful of secrets–that these men are often broken and afraid, that often they have grown to hate the wars they fought, that very often indeed they don’t look much like heroes.

Women are credited with nurturing natures. We learn we are caretakers by instinct. It is clear that the women who tell their stories in McNally’s book have absorbed this lesson well and, in addition to grappling with the care of their husbands, must first work against their guilt at not being able to provide that care with grace and unconditional acceptance. In other words, as women in this situation, Shannon and Carla and Sheila and Amy and all the rest must first come to believe they are human and then come to believe they are warriors.

It is in the telling of their stories to Barbara McNally that many of these wounded wives expose the insidious nature of that assumption. If we take care of those we love just because it’s in our nature to do so, there’s not much strength or courage or endurance required. And, in our culture, there also isn’t much understanding of the pain of women or much credit for acting often against our instincts to do what is right.

Barbara McNally has done what is right. A physical therapist by profession, she often encountered veterans returning with missing limbs, brain injuries, and possibly the worst–mental states that rendered them unable to return to their old lives in any productive, or even comfortable, way. McNally could help them recover their physical capacities, could teach them to work with their physical limitations, even to some extent by working with their bodies could guide them into some healing within. But then there were the wives, sometimes the mothers or siblings, suddenly thrust into jobs for which they were ill prepared, with little or no support and no training. Most of these women are not nurses. Yet they are expected to function as nurses, as home health aides, as physical and psychological therapists, and all while trying to maintain their roles as wives.

In a Foreword to Wounded Warrior, Laura Bauer of the Rosalynn Carter Institute for Caregiving, has written that
“Leading us through their stories, Barbara shines a light on their attitudes, their reflections, and their actions in meeting and healing the wounds war brings.”

And it is as a guide that McNally serves us the best. Her Introduction, “The Bridge from Here to There,” begins:
“While I was driving across the Coronado Bridge, I saw a man jump to his death.”

The stories in Wounded Warrior are told in sections that seem to cover every possible detail of the experience of caring for these men who have, in any sense that matters, jumped to their deaths:
Why Is my Husband So Angry?
Dealing with Post-Traumatic Stress;
Traumatic Brain Injury: My Hauband’s Mind and Memory Hijacked;
Sexuality: Battlefields to Bedrooms;
Stay or Go?;
Not Just Surviving but Thriving; and,
Wounded Warrior Women.

In Chapter One, McNally gains us entry to the circle:
“AFTER THE MORNING spa massage sessions at the Hotel del Coronado, the women gathered to eat lunch, sip water, and stir tea. What began as an informal conversation between a few women about the morning’s relaxing activities soon evolved into something much more serious. Many of the women were now participating in a discussion that drew them all into a tight circle to comfort the storyteller.

Julie told her story through wracking sobs, one hand cradling her round face and the other raking her thick, blond hair.”

Throughout the book, it is not just the women’s stories that pull us in, that grant us the grace of understanding. The magic wand in all of it is McNally’s steady, clear voice, explaining what it looked like, felt like, sounded like to be among those warrior storytellers:

‘“I hate Afghanistan,” she said. ‘When Jason went over there, he was a warm, outgoing person. But he came back angry and withdrawn, and he began taking out all his anger on me and the kids.’

Drawing nods of agreement and sympathetic encouragement from the others, Julie continued. ‘I just don’t understand. I hardly recognize him. This new man fights with recurring flashbacks, rage, overprotectiveness, depression . . . It’s all so hard to cope with.’

Julie, like many wives of wounded warriors, felt abandoned and alone, even though she was still living with Jason. She wondered aloud why he had turned on their family—the ones he loved the most.

The other wives in the group had the same concerns. A firebrand of a woman named Jane said, ‘It’s like we’re all married to the same man with different faces, and he’s having an affair with another woman.’

I thought to myself that the other woman’s name is Iraq or Afghanistan. She may be ugly and battle-scarred, but she still calls out to the men who know her. They can’t resist her call.”

Lexi tells the story of her husband’s depression, fueled by alcohol and drugs, and his slide toward suicide. But hers is a success story, of sorts. Because her three-year-old daughter chooses to go home rather than out for ice cream, Lexi finds Jared in time to stay up all night with him, forcing him to throw up the bottle of pills he has taken. She is grateful he is still with them, but the reader, standing back from this narrative, still sees a woman who is dancing very fast to hold everything together. She is the wife of a damaged husband, the mother of a young child, and a busy career woman. Lexi is grateful. As a reader I would feel better if there were someone to care for Lexi.

“’HOW OFTEN SHOULD we be having sex?’

That’s the number one question the sex therapist received from the women who came to our most recent SPA Day support group.”

Susie has chosen celibacy. Julie votes to “pleasure” herself. Carla talks about looking outside her marriage for sex. Several other women share stories about discussing this option with their husbands. There is discussion of divorce.

“Sheila looked down, her dark hair obscuring her face. ‘I’ve gained 100 pounds since all this happened. Food is my comfort, my pleasure, my sex. I’ve made myself so fat my husband wouldn’t be interested in me, and I’m relieved,’ she admitted.

‘The Prozac kills my sex drive and gaining all this weight, I don’t have to worry about anyone wanting to have sex with me, including my husband. I’ve dealt with him coming home wounded and with his drug use, so I don’t even have the energy to think about sex.’”

Barbara K. McNally’s complex and vibrant book is, after all is said and done, a story of redemption. These women are redeemed by their courage, their persistence, their faith, their just plain “grit.” They’re a tough bunch, these tender caretakers.

They are redeemed by love–for their husbands, for each other, for themselves.

This book holds out a hand of hope, of sisterhood, of good practical ideas, for everyone who reads it. 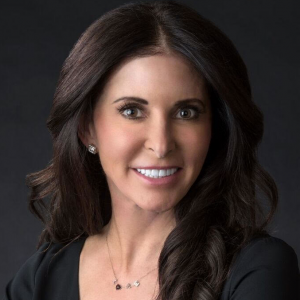