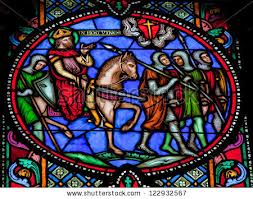 Recently, as I drive, walk, research or just people watch on a daily matter… it dawns on me that we are all an evangelist of or to something. Trails in life are blazed, whether subtle or deep impressions, as a result of stations and callings in life. I appreciate those who have forged ahead benefiting my life’s destiny. I enjoy new open territories cleared of thorny barbs protecting stone walls surrounding secret gardens. Kudos to the crusaders against forbidden zones created by cultural influences, gender labels or social status.

I’ve blazed a few trails in my lifetime. For instance, out of the commitment for my daughter’s best educational interest, I home schooled for five years. That’s a common word these days. But in South Carolina (1985) it had to be done underground. There was always the risk of being turned into the school district or appearance of a social worker on my doorstep. I was among the grassroots movement that demanded the legislature make it an educational option with reasonable restrictions. It wasn’t an easy conviction nor a popular one. I faced lots of judgment from misinformed observers. But, home schoolers prevailed. Not everyone will appreciate that trail or know the scars of that battle. But many can embrace the freedom of educational choices legally.

In spite of the footprints ahead of our own pioneered path, there is still another level or grooming that can be accomplished. My point? Or in this case, what bunny trail am I headed? When I decided to take on the challenge of writing a book, I wanted to explore my female character’s decision to take on an internal love that was silently squashed from childhood. It wasn’t a malicious denial, just a circumstantial one. But, a silenced love that haunted her. Her forbidden zone? Dance. Why did she did she allow so many to deny her natural desire to dance? She was raised between the American Graffiti cultural stamp and Women’s Lib movement. She was a baby boomer female who would learn to find her roar later in life.

Today, my daughter is thirty-four years old. At the age of 9, she wanted to cross stitch an incredibly intricate hummingbird picture for her aunt. I encouraged her to compete it at the Coastal Carolina Fair. She won ribbons. Home schooled, graduated 15th in her public high school class, finished nursing school and is a healthy partner in a 13 year marriage. She faced her infertility and is currently raising twin girls. I rarely discouraged her from chasing any goal. She dealt with success and failure.

When my daughter read Ameera Unveiled, I waited for her feedback. After a week or so, I asked her for feedback. Her response? “Well, I liked it…,” she paused. “But, I guess I don’t get the you aren’t allowed to not pursue something you want.” Really? I felt like a pioneer who’d cleared that lack of forbidden in her childhood.

I thought it, but didn’t say it. “You should be kissing my glittery Caped Crusader ring!” 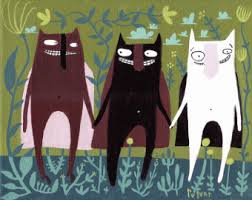