When I became a mom, I enlisted in The Tooth Fairy Army. I took the oath to defend the integrity and legend of Her Mini-highness.

I’d had a nine year headstart to practice on my daughter before I added my son to the family. As each tooth fell out, I improved on how and where it was placed so I could exchange it for a coin. I was developing a stealthy pillow op tactic. In the morning, a quarter impressed her unless her friends disclosed their tooth fairy left TWO quarters. So, as each tooth grew larger, I raised the booty to keep my Head-of-Ivory-State happy. Eventually, my daughter traded earning income from babysitting, rather than selling the last of her molars.

By the time my son started losing his baby teeth, I’d earned military ribbons for meritorious service during my daughter’s Tooth War. I’d never forgotten to retrieve a tooth, proper restitution for the lost tooth and my uniform was impeccable. (Okay. They were pajamas!) I’m not sure if my attention to my pillow post had waned due to him being a second child or maybe my age? But I will never forget the time I went AWOL.

“Mom, look! I lost another tooth!” he said, holding it up. I saw quarters in his eyes. “I’m going to go put it under my pillow so I don’t forget. I hope She doesn’t forget.”

“Make sure you put it where it won’t fall under the bed,” I said. “Do you want a Ziploc or something?”

“Can She get it out?” he asked. “You told me to never put my head in a plastic bag.”

I stuffed a chuckle. “Sure, She’s got this job down,” I said. We finished out the Sunday night, getting ready for another school week. I went to bed and abandoned my post. The tooth would still be there in the morning.

Monday came and went, no mention of the tooth. Nor did I remember it was still under the pillow. On Tuesday, before my son left for the bus stop, he popped his head into the kitchen.

“Mom, that Tooth Fairy is slack,” he informed. My mind snapped to attention. OMG. I’d left the quarters on my nightstand for two nights! I was running a single parent household. My eight year old wasn’t going to care about that because he didn’t know I was a Captain in the Tooth Fairy Army.

“You know what? If She hasn’t come, I’ll bet there’s a good reason,” I fudged. “Why don’t we give Her one more night?” With a grin, he left for the bus stop.

At work, I pulled out my razor fine permanent marker, created a note the size of a postal stamp and wrote in my tiniest Tinker Bell letters: “Dear Seth, I’m sorry it took me so long. There was a really big Palmetto bug on the porch. I left a little extra.” The Tooth Fairy.

That night, the Tooth Fairy delivered.

Wednesday morning before he left for the bus stop, he ran into the kitchen. “Mom, look what the Tooth Fairy left! A whole dollar and a note!”

“See!” I said, detecting he knew it was from me. 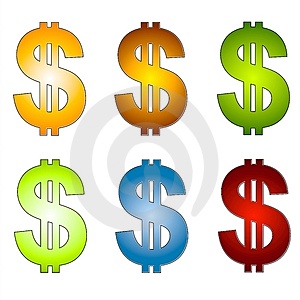 11 thoughts on “I’m Retired from the Tooth Fairy Army”