Some of you know, some of you don’t—I’m working on another story. A story inspired from my book coach (Shari Stauch of Where Writers Win) as I plowed through my first novel, Ameera Unveiled. She suggested I consider writing a modern Little Women tale on growing up as baby boomer Navy dependent.

We discussed telling this story from the eyes of little girls on the brink of many technological disadvantages and advances. We’ve noticed that in my writing, whether it is a book idea or a drive-by blog, I love to unveil things. So now I’m trying to unveil being part of the Old Navy. I’m seeking to see this story from the eyes of the young boys and eventually their wives and children. It was a time that was complicated with a lack of consistent communication and political paranoia, inherited from the Great Wars and overshadowed by nuclear weapons.

For several years, I’ve been reading, writing, and discovering the voice of my step-father’s peers. I yearned to embody the brotherhood and voice of the men who shaped my preparation to enter the community as a well rounded adult. Well, in my perception, being well rounded from men that I looked up to; I had no idea the adult issues they had waded through socially, politically and economically. Let alone as husbands and wives.

While I researched the time my step-father spent as a young seaman during the Cold War in Subic Bay, I discovered an unusual fact. I was amazed but will leave this one on the editor’s floor since it doesn’t factor into my character’s story.

As I surfed YouTube for a clip for my next scene, I stumbled across an old black and white video of Filipina fiancés of Subic Bay American sailors. The Navy embraced and enrolled legitimate fiancés to move on the base to a dormitory, learn and write English, take home economics, and graduate with an understanding of how to handle the budget of a Navy man.

I’m sure it provided moral support to the young guys trying to focus on their military tasks. Hopefully, the fiancé was a good graduate. 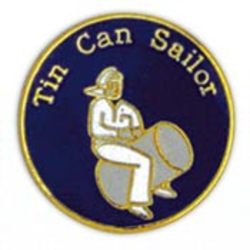 As I have integrated into the Tin Can Sailor groups, I’ve met many couples that did marry Filipina women who have a genuine love for being American. They don’t segregate and are so friendly and hospitable. You can see the love between the couple as they exchange stories.

5 thoughts on “Bride’s School: Yes, That was a Thing!”