I’ve started my parenting tale with two US Navy fathers raising four girls… just like a modern tale of Little Women. Although, Louisa May Alcott’s father was kept away because of Civil war injury, my tale is more complex.

Products of the mixed signals between Russia and America who economically survived the Great Wars, Korean and Cold Wars…. we dependents were at the mercy of little disclosure or access to our fathers’ duty stations. They defended treaties with allies and defended the right to use international waters without acts of violence. They were crowded on ships that shared and operated as one under pressure. Obedience to an oath to serve country… or among those who wanted to get out of subscription.

Little did I know how intricate this simple fact was for not only my parents… but those who blazed the trail behind them. Life’s one constant was change, some closer to global evidence of genocides, religious division and political agendas than we’d know as small children.

I was never raised to think color, race, or creed. I lived through and embraced the desegregation during my childhood in the South. I didn’t know how to make sense of assassinations of JFK, Martin Luther King or Robert Kennedy. I lived between the fantasy of Disney and ignorance of political corruption. I was not aware of the egotistical agenda of the Berlin Wall. Vietnam was just a place my fathers went to work.

My innocence was cocooned by parents who were far from perfect. They just kept the lines of the messiness of adult life issues from us. Playing Cowboys and Indians in the woods was not offensive. As I used a stethoscope or pretended to give prescriptions to my siblings, no one worried I was headed to substance abuse. Being on the losing team at recess did not crush my self esteem. Sometimes you lose, sometimes you win. Pen pals used stationery and postal stamps. I waited and learned patience because there was no instant gratification.

I don’t think there is anything surrounding my five decades of life that is new to mankind. But, I still want to follow in my fathers’ footsteps. Never think the smallest kindness is futile. I don’t want to be discouraged by the magnitude of the descent of a country’s moral compass. I will not be afraid to face mindful weigh ins or challenging offensive lines. I aspire to respect someone’s opinion, hopefully being reciprocated the right to mine.

Change was more subtle during my lifetime. I guess I heard my dad’s Wind of Change subliminally and dreamed away. Looking back, I realize the enormous gift of these great adults. Do we leave that ability to dare to dream?

I can’t. I want to look behind and see my footprint carrying on the torch of hope given to me by a great legacy of ancestors. 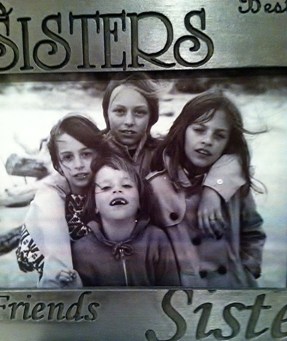 15 thoughts on “Wind of Change – Staying True to You”