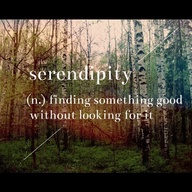 I’d been divorced for about three years. Between running a single parent household and keeping a full time job, I loved my newfound adult social life. And, in spite of the freedom to enlarge my social horizons, I silently grieved the loss of my white picket fence dream. I didn’t have my sites on finding a new partner or breadwinner to allow me to stay home and catch up on the Soaps eating bonbons. Instead, I opened myself to meeting new friends, female or male, through line dancing at Desperado, scuba diving and traveling.

Each morning, I cleared my head and asked my heart to embrace a moment presented by… dare I call it, Destiny? Fate? My faith supported my belief that even hardship identified the dross in my life that could be used for self-improvement and reveal silver linings.

My favorite new word became serendipity. I was constantly amazed at the seemingly random circumstances or people’s paths I’d cross in innocent activity. Louis Pasteur said, “In the fields of observation chance favours only the prepared mind.” So I tried to stay alert and prepared.

One Sunday afternoon, I’d been encouraged to hang out at a favorite seafood restaurant, Bowen’s Island. It was the venue for a music charity event. The admission fee would benefit a local woman’s need for medical care. Between Johnny Mac’s performance in one of the boardwalk sheds, dancing and cheap cold beer, I expected it would be a great people watching spot. My girlfriend and her boyfriend came separately and were off cooing in a corner.

As I looked down at the path to the sheds, I noticed several patrons sitting on the hand rails. One by one, I asked myself—would I like talking to him? Her? My eye passed a male in frayed khaki shorts, white t-shirt and water loafers. I felt a little butterfly urge me to consider introductions if the event got boring. As I sat and observed the changing scenes, my old friend, Al, rejoined me at the picnic table.

“Hey, there’s Stevie Varn,” he said, pointing to the guy in the frayed khaki shorts. I was stunned. I stared at his face and could not see the teenage boy that had graduated with me in 1976. Back then, his cousin had been my best friend. I’d sneak glances as he sat in the back of the class in algebra. There had always been a little intrigue. But, I was a geek, he was a cool surfer.

Serendipitous? Absolutely. I’d been fighting my shyness and so I marched my little blue cashmere sweatered body down to where he was propped, stuck my finger in his face and asked him to confirm who he was. His body language was amused but properly cautious. Did the bold move pay off? We talked on the dock for over two hours. Within the week, we were on our first date. 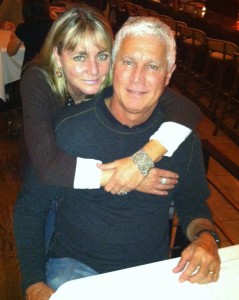 With many more serendipitous moments, I found the love of my life and am on the journey of growing old with him. I love finding something good without looking for it. You just have to listen and follow life’s nudges. Or, as Albert Einstein said, “God doesn’t throw dice.”